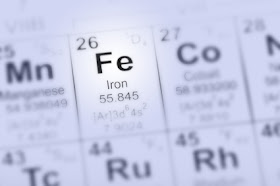 No problem! The authors were apparently thrilled to discover some differences in lab values, despite the fact that both groups had normal lab results and are trumpeting this "benefit" far and wide in press releases.

Haemoglobin and iron status at 4 months of age with the power estimate based on serum ferritin levels. Secondary outcomes included neonatal anaemia, early respiratory symptoms, polycythaemia, and need for phototherapy.

At 4 months of age, infants showed no significant differences in haemoglobin concentration between the groups ...

... There were no significant differences between groups in postnatal respiratory symptoms, polycythaemia, or hyperbilirubinaemia requiring phototherapy.

Though there were no clinically relevant differences, the authors went looking for differences in laboratory values.

The authors trumpet these findings as supporting delayed cord clamping, but, in fact, they are basically meaningless. While it is of theoretical interest that infants in the delayed clamping group have higher normal iron stores, iron stores in and of themselves are not meaningful since they don't affect health. The health parameters of interest are hemoglobin level and hematocrit (amount of red blood cells) and those are exactly the same.

The authors define iron deficiency as ≥2 indicators of iron status outside reference range (ferritin <20 μg/L mean cell volume <73 fL, transferrin saturation <10%, soluble transferrin receptor >7 mg/L). In both the early and delayed cord clamping groups, values for all parameters were well in the normal range. There is no reason to believe that that the having higher normal values (as in the delayed clamping group) offers any advantage over having mid-range normal values.

Of note, the authors chose to report on the two groups at 4 months of age. Other studies of delayed cord clamping have shown that differences in iron stores disappear by 6 months of age.

The authors make much of the difference in laboratory values, despite the fact that both groups were in the normal range:

We conclude that delayed cord clamping, in this randomised controlled trial, resulted in improved ferritin levels and reduced the prevalence of iron deficiency at 4 months of age... Two meta-analyses of clamping studies performed in low or middle income countries with a high general prevalence of anaemia found similar effects on ferritin as we did and concluded that this effect is clinically relevant and should lead to a change in practice. Iron deficiency even without anaemia has been associated with impaired development among infants. Our results suggest that delayed cord clamping also benefits infant health in regions with a relatively low prevalence of iron deficiency and should be considered as standard care for full term deliveries after uncomplicated pregnancies...

Let's parse this carefully. Here's what we can conclude:
What is really going on here? It is quite possible that although infants in the delayed cord clamping group received additional red blood cells, they did not need those red blood cells. Their bodies destroyed those cells and did not replace them, so that by 4 months of age, there was no difference in hemoglobin levels in the two groups. While this study indicates that the delayed group had higher iron stores at 4 months, this effect is known to disappear by 6 months and may simply represent the fact that the body has not yet been able to dispose of the excess iron left over from the extra red blood cells that it did not need.

In other words, this data could just as easily be interpreted to mean that, far from benefiting from delayed cord clamping, infants had to work to get rid of the excess (and unneeded) red blood cells and iron over a period of 6 months.

In any case, the key point is that the authors failed to show any demonstrable clinical benefit to delayed cord clamping in term infants.
Posted at 7:13 AM